Our project on Civil Aviation in India: relevance and achievements

After successful 4.5 years of implementation, our aviation project in India has concluded. Recap and evaluation of work done.

Bound with rapid economic growth, the civil aviation sector in India has been expanding at extraordinary speed — among the highest growth rates in the world. It experienced 38% growth between 2009 and 2013, with India promising to be the world’s third largest aviation market by 2020 and the largest by 2030.

In context, the EU-funded project Technical Assistance for the Institutional Capacity Building for the Civil Aviation Sector in India was launched in March 2010 to help ensure a safe, secure and sustainable aviation environment in India through: good governance; implementation of international civil aviation standards; harmonisation with EU standards and cooperation with European aviation authorities, agencies and key stakeholders; and policy support. This has allowed to get India’s Aviation policy settings right at a critical time for the sector.

For the EU, the Project has key relevance not only in terms of its pro-growth implications in India, but also given its role in the implementation of the Action Plan for the ambitious EU-India Strategic Partnership.

During implementation, the Human Dynamics led consortium worked with the Indian Ministry of Civil Aviation and the Directorate General of Civil Aviation (DGCA), the Air Traffic Service provider and Airport Authority, the Bureau of Aviation Security, European aviation authorities/agencies and a range of relevant stakeholders.

After successful 57 months, the project concluded. The Project assisted India’s Ministry of Civil Aviation and the Directorate General of Civil Aviation (DGCA) in driving the implementation of a range of key reforms to the sector. The project also fostered important structural changes within the DGCA, drafted needed updates to the Civil Aviation Act, undertook important training in key organisations, and converged Indian policies with international best practice for aviation and environmental policy.

The Project helped shape aviation sector policy at the national level – by building on best practices from elsewhere in the world and on work already undertaken by the DGCA. Our contributions include, inter alia:

The Project provided support to the aviation regulator DGCA to develop the rules for Flying Training School for Trainers, including On-the-Job Training.

The project developed a number of reports in relation to land use, noise management and the adoption of the international environmental protection regulations on aircraft engine emissions (ICAO Annex 16). It also contributed to the formulation of a comprehensive Environmental Policy for the Indian Aviation, to climate change and noise management, carbon footprint management, cooperation with airlines/airports, and research. Our achievements include: 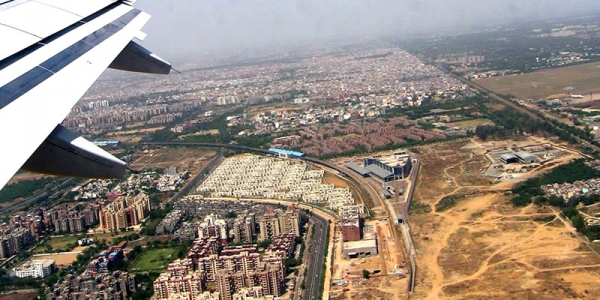